Update, 12/03/17: The writer’s beliefs on some of Joss Whedon’s works and the Game of Thrones television adaptation being examples of pro-feminist media have since changed. Please go out there and read books and watch shows written by all kinds of women for all kinds of women, and not dudebros trying to win feminist brownie points. Sigh.

“So…why do you write these strong female characters?”

In a speech for Equality Now, Joss Whedon mentioned he’d been asked that “500 times” and was tired of answering it. His response?

“Because you’re still asking me that question.”

That was 2006. Nearly ten years later, the notion that women still aren’t well represented in the media may seem ridiculous. Since Whedon’s speech, there have been an unprecedented number of women kicking ass. We live in the age of Black Widow, Katniss Everdeen, and freaking Frozen, the most successful animated movie of all time. You go, ladies. Fuck yeah, female Ghostbusters, amirite?

But there’s a big problem with strong female characters, and it has nothing to do with defying gender roles and kicking some butt. My beef with the “strong female character” is that she doesn’t have to be an interesting character to receive a girl power sticker. Strength is not character development. Not to say that it’s bad for women to be strong—I like to whip off my helmet and slay a witch king while proclaiming, “I AM NO MAN” from time to time—but it’s lazy to just give a woman a sword, gun, or magical ice powers and claim she’s the most progressive female character since Wonder Woman.

What irks me even more is the fact that women still only make up about 31 percent of speaking roles in TV and film[1]. And don’t even get me started on the annoying tendency for stories to introduce a promising heroine, only to have her character development revolve around romance drama (no matter how “strong” she may be). Let’s take the recent Hobbit movies, for example. Considering there were no named female characters in the book, Peter Jackson gets a gold star for creating elf warrior Tauriel, but even actress Evangeline Lilly was put off by the silly love triangle with what’s-his-name hot dwarf and Orlando Bloom. She didn’t need to be fawned over by two men to show us she was a likable character, and I’m sick and tired of other “strong female characters” meeting the same fate.

I want to see a horde of women not just kicking ass, but being funny, flawed, and multi-faceted human beings. Because women are, you know, people. Which is what fantasy writer and Game of Thrones/A Song of Ice and Fire creator George R.R. Martin said when asked why he wrote “different” female characters “really well.” For a long while, women had limited character archetypes in fantasy, because, well, it’s kind of based on the Middle Ages and women didn’t do anything except be princess-y or get married off in the Middle Ages. Oh, and it’s fantasy so maybe there’s a witch, too. And Joan of Arc existed so there can be one woman warrior and she’s a rebel. God forbid there be more than three female characters in a fantasy novel; that would be anachronistic since they all died of the bubonic plague, obviously.

Yeaaaahhhhh, that’s a load of bollocks.

Although Game of Thrones features the typical female fantasy archetypes of princesses, warrior women, and witches, it deconstructs their roles and spotlights women who don’t usually have a voice in fantasy, like whores, bandits, and servants. Do I want to see Daenerys Targaryen conquer an entire country with her motherfucking dragons, Brienne of Tarth take down every swordsman in the seven kingdoms, and Arya Stark get revenge for her murdered family? Absolutely! But I also want to see badass grandma Olenna Tyrell pull some strings and Sansa Stark (who often gets unfair flack for “acting like a teenage girl,” as if that were an insult) use her wits to survive and manipulate the game’s savviest player. 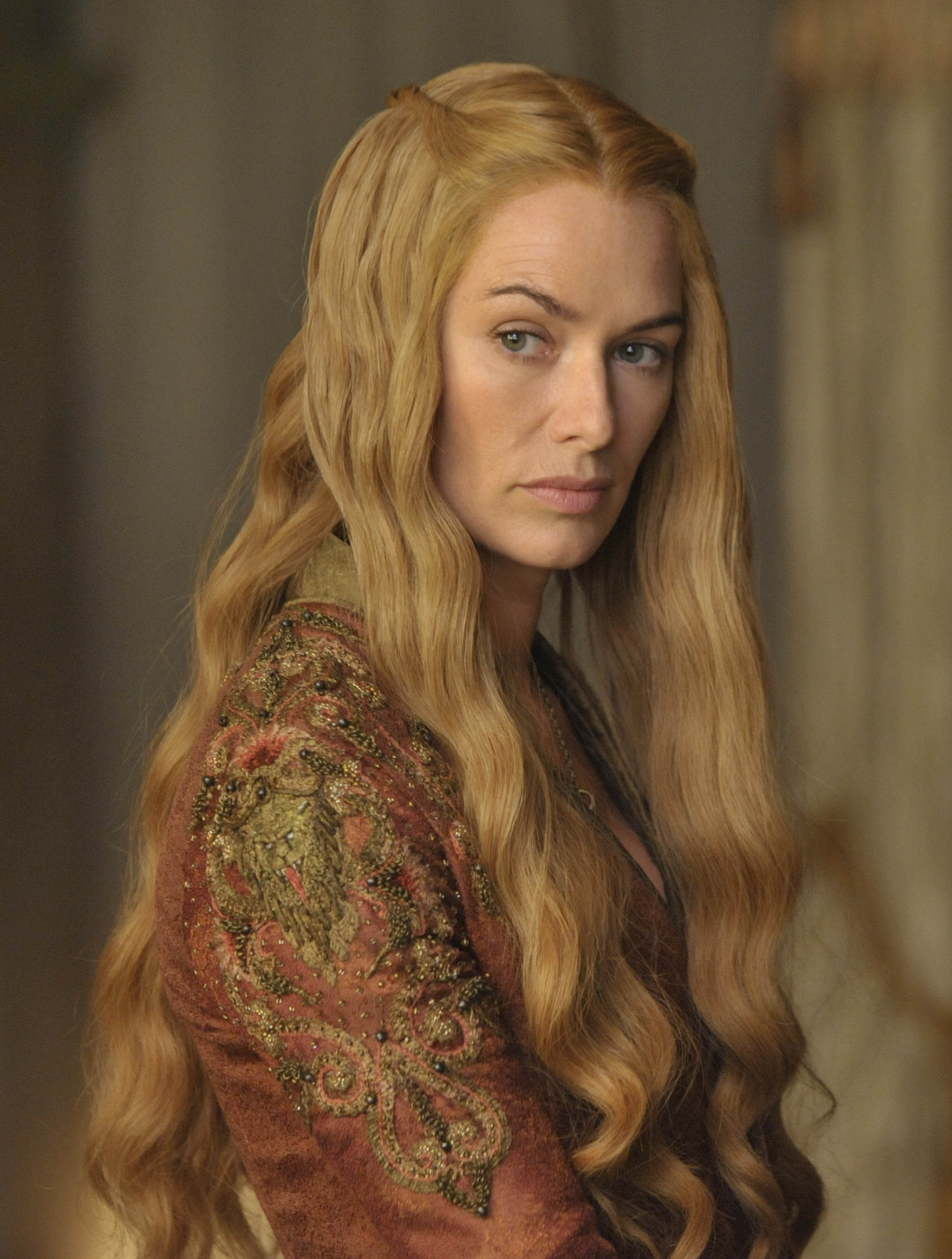 Stop giving me that look, Cersei, I haven’t forgotten you. Evil women need love too, although preferably not from their brothers.

Game of Thrones may not be the perfect feminist story (I’m still mad that Arianne Martell was cut out of season five of the TV adaptation, along with other upsetting changes) but its success annihilates the ridiculous idea that men won’t watch shows featuring numerous female characters who aren’t simply love interests (and who aren’t just “strong,” either).

And that doesn’t just go for fantasy. Netflix’s most popular original show, the prison comedy-drama Orange is the New Black, features a talented, hilarious, and diverse cast of women. Look at the success of the Hunger Games series, where Katniss’ relationship problems take a backseat to leading a revolution and dealing with serious issues like PTSD. And even though animated shows aimed toward children are usually heavily gendered, Avatar the Last Airbender’s spinoff series, The Legend of Korra, bent the idea that young boys wouldn’t watch a show about a strong woman of color by becoming the most-watched series on Nickelodeon in years (Korra may be the only bisexual leading lady in children’s television, btw).

Do these franchises all have “strong female characters”? Absolutely—but they’re not just strong; they’re interesting characters who have weaknesses to match their strengths. These women are real people, and that’s what makes them great characters in successful franchises.

The question we should really be asking the people behind movies, shows, books, and games isn’t, “Why don’t you write strong female characters?” but “Why don’t you think women are interesting as they are? Why must you put weapons in their hands and/or make them sex objects to deem them worthy of gracing our screens?” The voices of all women need to be present in the media—not just “strong” ones.

[1] The Geena Davis Research Institute on Gender in the Media found that only 31% of female characters had speaking roles in a study on movies from eleven countries.

Original feature photo via BagoGames. Image of Ghostbusters actresses via io9.com. Image of Cersei via Game of Thrones Wiki. Orange is the New Black image via Crime Magazine/Netflix.